Changes in agriculture – and our diets – can help farmers adapt to climate change and reduce greenhouse gas emissions.

New Jersey farmers do about a billion dollars of business a year, and like all businesses that depend on natural resources they are directly affected by climate change. While certain climate impacts, like a longer growing season, may boost productivity, other climate-related trends are adding uncertainty and risk to an already challenging way of life.

WARMING AND PRECIPITATION
Changes in weather patterns having to do with temperature and precipitation are perhaps the most difficult to manage. Average temperatures in New Jersey have increased 2.9°F over the last century, and periods of extreme hot weather are expected to become more frequent. The growing season is expanding, and winters are milder. The 13 warmest years have occurred since 1990, and 2012 was the warmest year on record.

Extreme heat reduces crop productivity, stresses livestock, and is a potential health hazard to farm workers. Early spring warming can be especially damaging to fruit trees that are “fooled” into budding prematurely and then shocked by a cold snap.

With milder winters, crops like cranberries and northern blueberries that require long chilling periods for optimum growth may not be as productive as they once were. Warmer winters and extended growing seasons mean that harmful insects are active longer and may survive winter in greater numbers. Rising temperatures also encourage the northward spread of pests, weeds, and pathogens from the southern states. 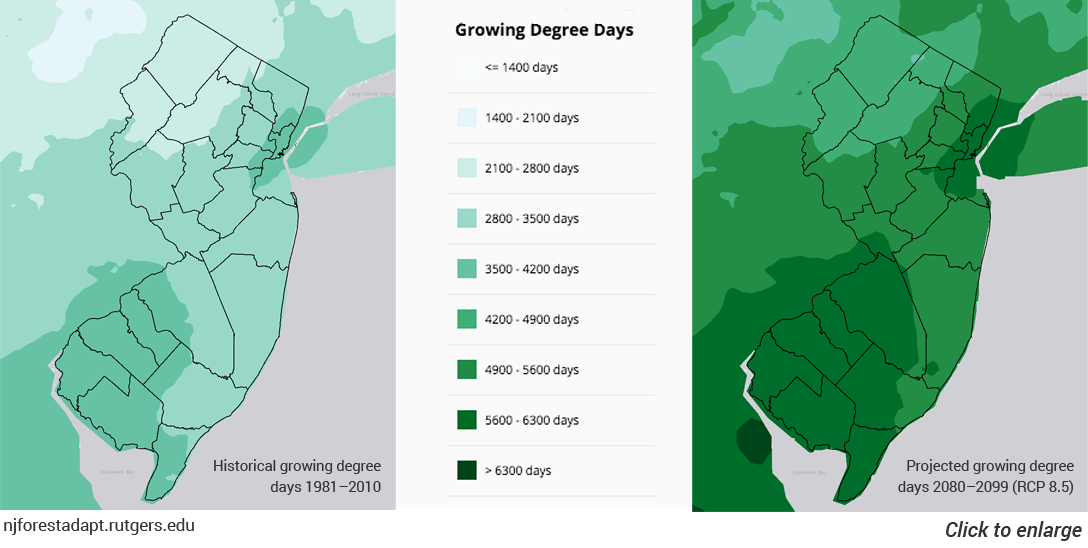 Climate change is altering rainfall patterns, too. 2018 was the wettest year on record in New Jersey, capping an upward trend in precipitation of 2.9 inches over the last century. Rain and snow aren’t distributed evenly over the seasons, however. Heavy downpours are becoming heavier, which increases the risk of soil erosion, nutrient runoff into streams and lakes, and crop damage caused by flooding. And though it seems contradictory, dry spells are expected to occur more frequently, reducing productivity of crops and livestock and raising irrigation costs.

Meanwhile, along the coast, sea level rise is causing salt water to advance farther inland, increasing flooding that can encroach on farm fields, threatening freshwater supplies, and leaving behind tracts of dead trees that have come to be known as “ghost forests.”

Improving soil health is another key strategy. Practices like no- or low-till agriculture, cover crops, and rotational grazing are part of a constellation of practices often called regenerative agriculture that uses natural processes to rebuild soil with organic matter, making it more resilient to climate impacts and boosting its capacity to capture – or sequester – atmospheric carbon.

Soil rich in organic material has a greater capacity to retain moisture during dry spells and absorb water during wet periods. Beneficial organisms thrive in healthy soil, producing stronger, more nutritious plants and reducing the need for pesticides and fertilizers. Cover crops protect against erosion. And minimal tillage protects soil structure and prevents carbon dioxide stored in the soil from escaping into the atmosphere.

Other methods of cutting back emissions of carbon dioxide and other potent heat-trapping gases such as methane and nitrous oxide include the more efficient use of fertilizers, processing manure with anaerobic digesters, and of course increasing the proportion of renewable energy. 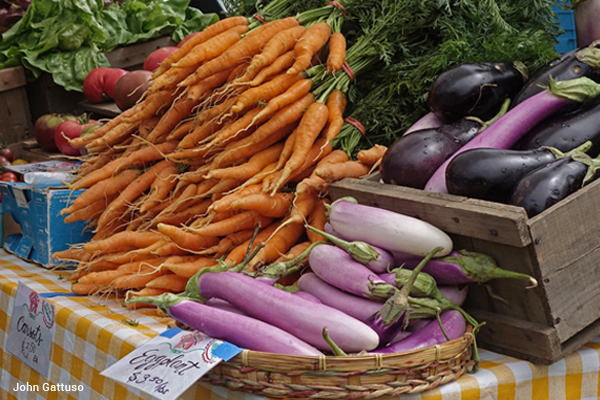 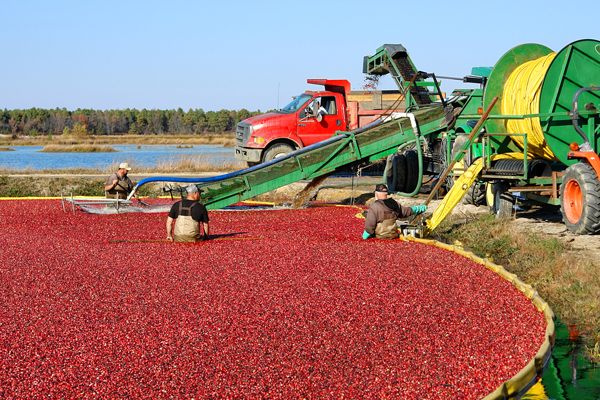 A CONNECTION TO DIET
But food production is only half the story. The other part has to do with consumption – the types of food we choose to eat, where and how that food is grown and processed, and the quantity of food we waste.

As a general rule, a plant-rich diet has a lighter carbon footprint – and is healthier – than a diet heavy on meat. According to the World Resource Institute, lamb, goat, and beef have the highest greenhouse gas emissions per gram of protein, followed by dairy, pork, and poultry. Fish and sources of plant-based protein such as beans, lentils, and nuts are at the low end of the emissions scale.

Other considerations include the amount of synthetic fertilizer and pesticide used in food production, the type of processing and packaging, and the distance traveled from farm to market. Generally speaking, foods with the fewest fossil-fuel inputs are the most climate-wise choice.

Minimizing food waste is also critical. According to the USDA, 30 to 40 percent of food in the U.S. is not eaten – a waste of labor, capital, energy, water, and land, and an avoidable source of greenhouse gases. To make matters worse, when food is discarded, it ends up in landfills emitting methane as it decomposes.