Climate change in New Jersey is having far-reaching impacts on the economy, the environment, and the way we conduct our everyday lives. Warmer temperatures are expected to produce more severe heat waves. Sea level rise and heavy rains are causing more frequent and intense flooding. These and other climate-related hazards are projected to escalate through the 21st century and will fall heaviest on New Jersey’s most vulnerable populations.

The discussion of climate change often focuses on catastrophic events like Hurricane Sandy, which devastated parts of the Jersey Shore and caused widespread storm damage in 2012. But over time even the subtle effects of climate change can have significant consequences. And because climate impacts often occur simultaneously, they tend to overlap and reinforce each other and exacerbate existing weaknesses. A failure in one system – a power outage, for instance – can have ripple effects on other critical systems such as transportation or water treatment, with downstream impacts on business, health, and community life. 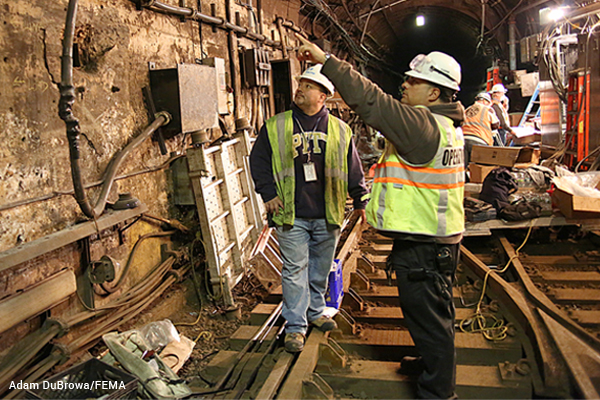 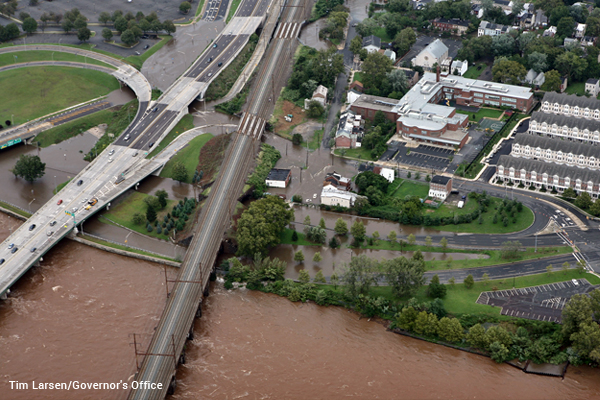 AGRICULTURE AND FISHERIES
Warming may benefit some aspects of agriculture in New Jersey but also presents significant challenges. Warmer winters mean harmful insects are active for longer periods of time, and their populations may not be reduced by severe winter cold as they once were. Rising temperatures also encourage the northward spread of pests and weeds from the southern states.

Early spring warming can throw certain crops out of sync with pollinators and is especially damaging to fruit trees when followed by a cold snap. Crops that require long chilling periods for optimum growth, such as cranberries and northern blueberries, may not be as productive as they once were. Other crops, including cranberries, may not tolerate longer periods of high summer temperatures. And of course extreme climate conditions such as droughts, heat waves, and heavy rains can be harmful to crops and livestock, especially when they occur at sensitive times in the agricultural season.

Warming is also having an impact on marine ecosystems. There is evidence that fish commonly found off the Jersey Shore are shifting north, disrupting the operation of commercial fishing boats and processing plants and complicating fishery regulation. Ocean warming is the principal cause of sea level rise, making coastal infrastructure associated with the fishing industry (such as docks, roads, and processing plants) vulnerable to flooding. There are also concerns that ocean acidification, caused by an increase of carbon dioxide in seawater, will harm shell-forming creatures like scallops and oysters and damage the lucrative shellfish harvest. 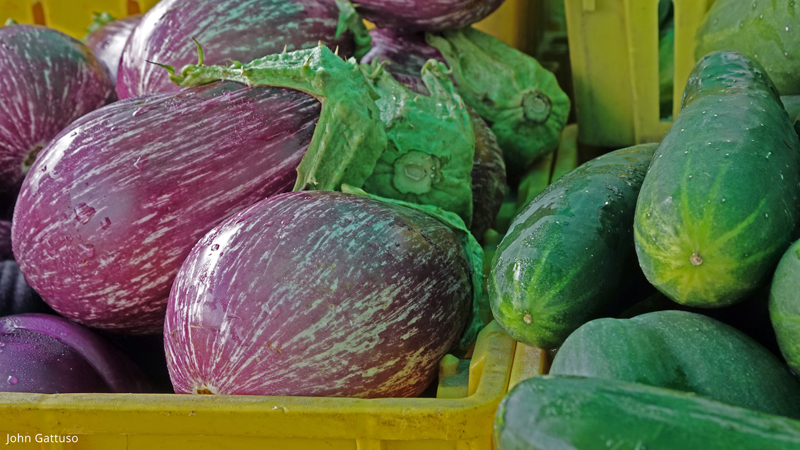 Longer warm seasons and heavy rains promote the growth of allergens like mold, mildew, and pollen. Extreme heat produces a potent form of air pollution known as ground-level ozone that triggers asthma. Disease-carrying ticks and mosquitoes thrive during extended periods of warm weather and heavy rains, and the range of vector-borne illnesses such as Lyme, West Nile, and chikungunya is changing.

WATER
Climate change is a threat to our water supply as well. Flooding is a risk for wastewater facilities, which are typically sited in low-lying areas near waterways. Intense downpours routinely overwhelm the capacity of antiquated sewer systems in certain urban areas, causing the release of untreated sewage. In south Jersey and along the coast, sea level rise exacerbates saltwater migration into aquifers that serve as a source of drinking water. And there’s concern that climate change, along with nutrient pollution, may cause harmful algal blooms to be more extensive and frequent. 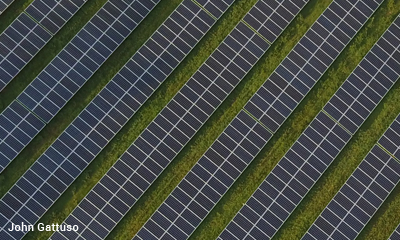 RESPONSES
Responses to climate change generally fall into two categories: adaptation and mitigation. Adaptation entails preparing for changes that are unavoidable – strengthening the resiliency of the power grid against extreme weather or revising building codes in areas prone to sea level rise, for instance.

Mitigation, on the other hand, addresses the causes of climate change chiefly by switching from fossil fuels to renewable energy like wind and solar. Another mitigation strategy is carbon sequestration – the removal and storage of carbon dioxide from the atmosphere. Reforestation is a type of mitigation strategy, because vegetation, especially trees, absorb atmospheric carbon in the process of photosynthesis.

The 2007 New Jersey Global Warming Response Act (GWRA) puts a statutory limit on the emission of greenhouse gases. The limit is to achieve 80% reductions from 2006 levels by 2050 – or about a 75% reduction from today’s levels. The Act was reauthorized and updated in 2019 with additional, more directed mandates to the provisions of the 2007 Act. New Jersey has taken many steps towards achieving the 2050 goal but still has a long way to go. The GWRA requires the New Jersey Department of Environmental Protection to issue a report that outlines the state’s strategy to achieve the 2050 limit. The report is expected to be issued in early summer 2020.